BOARD OF TRUSTEES PROFILES 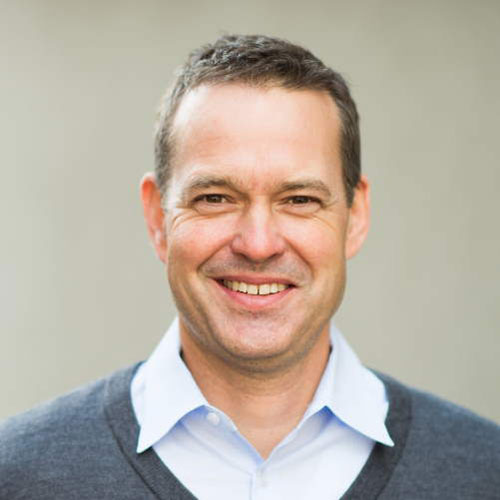 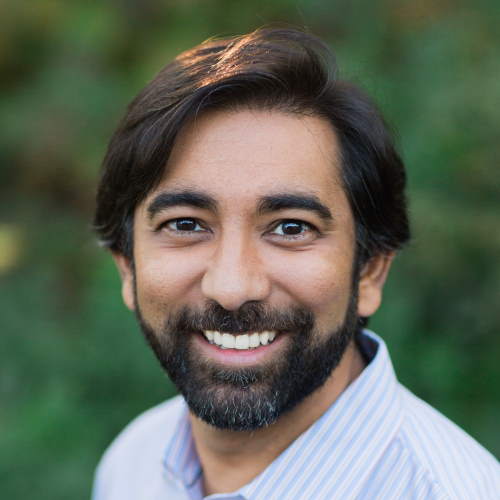 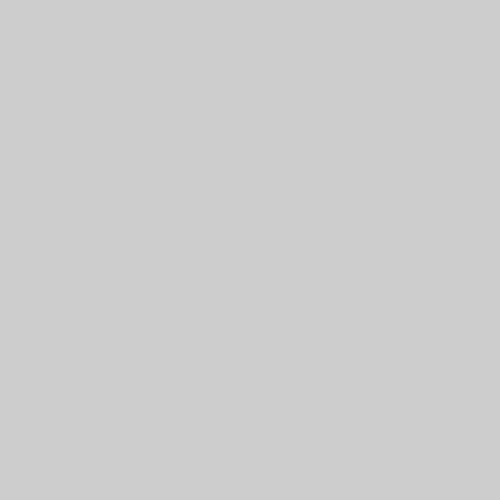 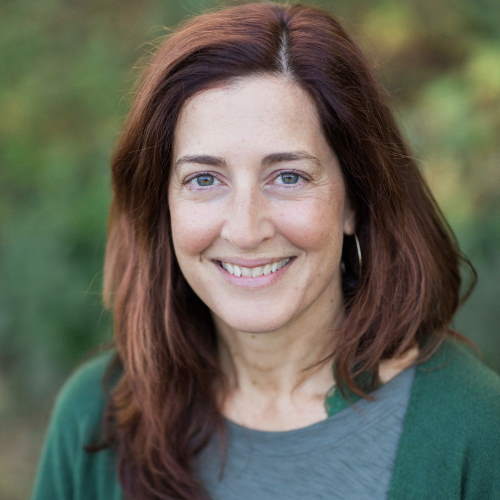 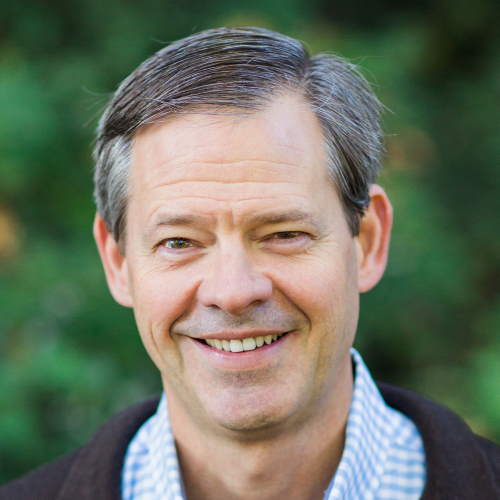 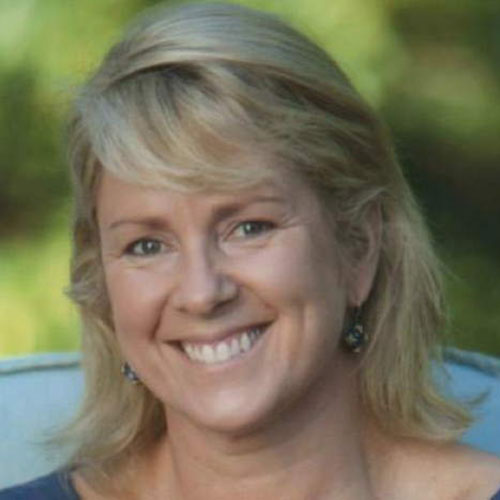 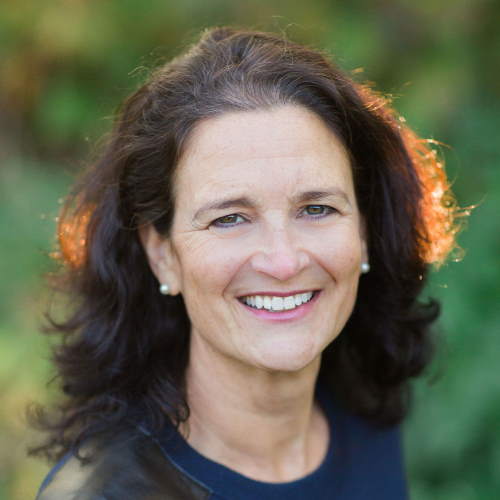 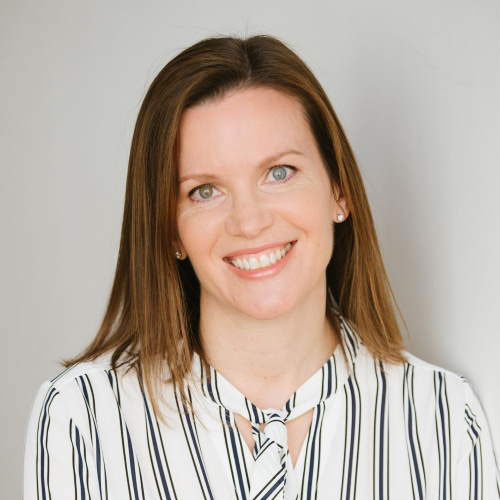 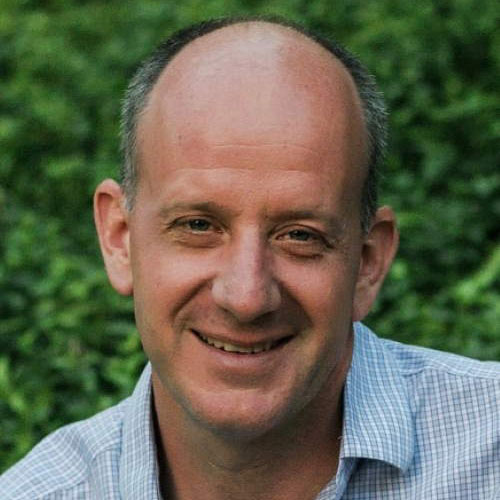 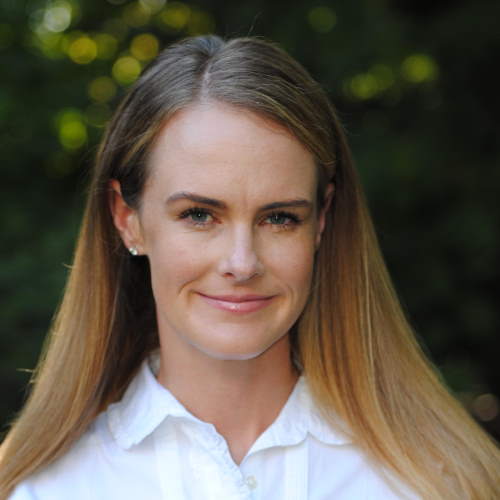 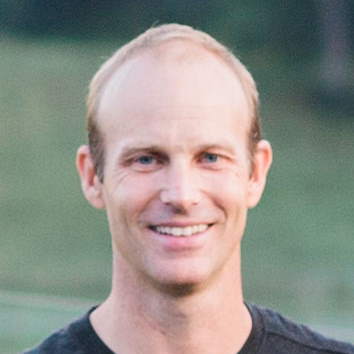 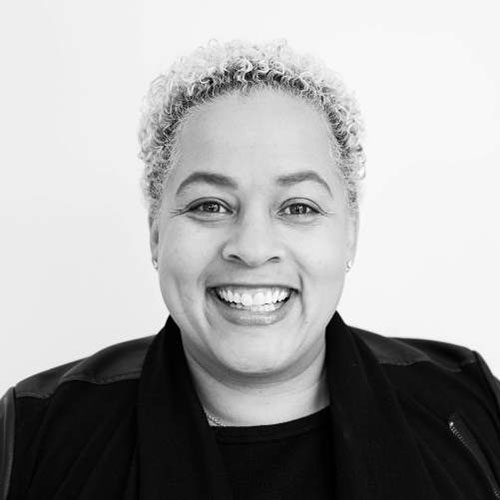 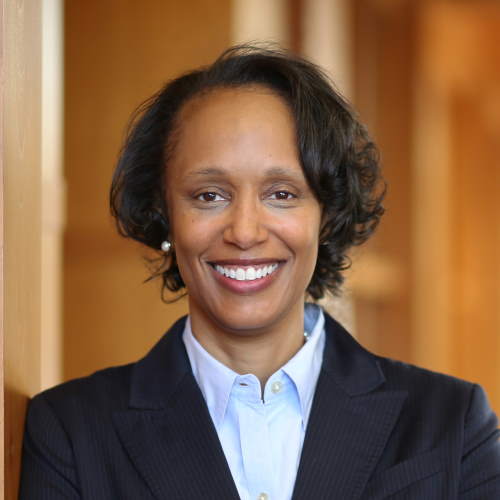 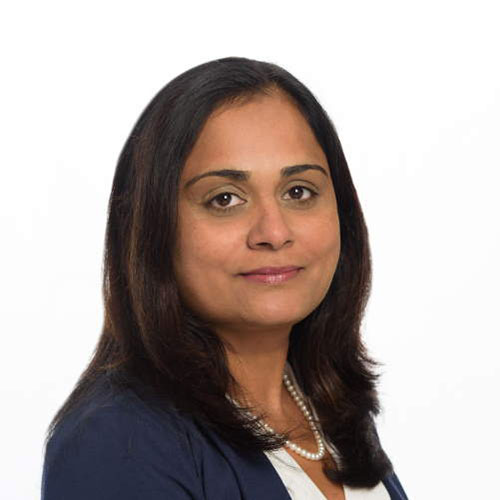 Charles Lunsford holds an MBA from Harvard University, as well as a BA in History from the University of Virginia. Prior to joining Greg Frank as President in the founding of Pula Capital Management, Charles spent the past decade investing in and managing private equity transactions. Charles has worked as an operating partner, interim-CEO, and been a board member of several privately held and private equity backed companies. Prior to that, Charles was the Founder, Chairman and CEO of Smith Mountain Industries, a CPG company that was grown substantially and exited successfully. Charles began his career on the buy side working in Hong Kong and investing across Asia. Currently, Charles is Chairman of International Neighbors and as an Emeritus Member of the Board of Trustees of the Peabody School where he served as Chairman for eight years. He also previously served on the board of the Thomas Jefferson Area United Way. Charles is a proud parent of two Peabody graduates and two current Peabody students. He also has an avid interest in anything outdoors, particularly saltwater fly-fishing and bow-hunting.

Disha Venkatesan holds an MPP with focus on K-12 education and leadership from the University of Virginia, and an MBA from the University of Connecticut. She is an engineer and works as a consultant in Higher Education at KaufmanHall, helping universities achieve operational excellence. Prior to KH, Disha held numerous positions at the University of Virginia overseeing budgeting, strategic planning, and analytics. She was formerly on the Finance Advisory Board for Albemarle County Schools. Disha is a big UVA fan, and enjoys supporting the ‘Hoos with her husband and two boys, both Peabody students.

Kimberly Jenkins Robinson graduated cum laude from Harvard Law School, with a B.A. in foreign affairs from the University of Virginia. She is the Elizabeth D. and Richard A. Merrill Professor of Law at the University of Virginia School of Law, and a Professor of Education at the Curry School of Education at the University of Virginia. She is a national expert who speaks domestically and internationally about educational equity, equal educational opportunity, civil rights and the federal role in education. Her scholarship has been published widely in leading journals, including the Harvard Law Review and University of Chicago Law Review, and proposes innovative legal and policy solutions for ensuring that all children receive equal access to an excellent education. She recently published the edited volume A Federal Right to Education: Fundamental Questions for Our Democracy (NYU Press 2019). In 2015, Harvard Education Press published her book that was co-edited with Professor Charles Ogletree Jr. of Harvard Law School, titled The Enduring Legacy of Rodriguez: Creating New Pathways to Equal Educational Opportunity. She also served in the General Counsel’s Office of the U.S. Department of Education, where she helped draft federal policy on issues of race, sex and disability discrimination. In addition, Robinson represented school districts in school finance and constitutional law litigation as an associate with Hogan & Hartson (now Hogan Lovells).

Kelli Palmer earned degrees in education from the University of Virginia (PhD), Wake Forest University (MAEd.), and Elon University (BA). She is now the Head of Global Diversity and Inclusion and Corporate Citizenship for CFA Institute. A lifelong educator, she previously led adult education for the Institute for Shipboard Education, served as assistant to the president of the University of Virginia, and taught first grade in Alamance County, North Carolina. She was also a multi-year administrator for the Johns Hopkins University Center for Talented Youth summer programs. She currently serves on the board of the Charlottesville Climate Collaborative and is a former board member of the Thomas Jefferson Area United Way, Charlottesville Area Community Foundation, Center for Nonprofit Excellence, and Live Arts. Kelli and her husband James have four children, including two Peabody students.

Hunter McCardle earned his professional degree in Landscape Architecture from the University of Georgia. He is Principal and Founder of Red Roots Communities, a real estate development firm dedicated to providing affordable and healthy housing solutions in areas of need with a high barrier to entry. Prior to starting Red Roots, Hunter owned and operated a landscape architecture and planning firm for 15 years in Charlottesville. He has served on several Charlottesville-based non-profit boards, and is the father of two Peabody students.

Natasha Lawler holds a BA in Political Science and Journalism from the University of Notre Dame. She got her start in journalism as a fact checker for San Francisco magazine and worked her way up to Managing Editor. Ms. Lawler was one of the first employees of Minted.com, a global community of independent designers and artists creating holiday cards, wedding invitations, and other artistic goods. She left Minted after eight years as the Senior Director of Public Relations, Partnerships and Events. She currently runs her own brand building, public relations and events consulting business NML PR and Events. While living in Hong Kong, she founded a knitting group for undocumented refugees as a way to foster community and enable self-support. She moved to Charlottesville six years ago and currently serves on the Advisory Board of the University of Virginia’s Children’s Hospital and is a former board member of the International Rescue Committee Charlottesville. She is involved in several other local charities including Lilypads Housing and the Women’s Initiative, as well as a Sunday School teacher. She has three young boys, including one Peabody student.

Greg Frank holds an MBA from Harvard Business School, as well as a BSc Electronic Engineering (summa cum laude) from the University of Cape Town, South Africa. He is Chairman and CEO of Pula Capital Management LP, a quantitative investment firm. Prior to this, Mr. Frank founded Presagium, an investment firm that traded foreign currencies electronically. Previously, he founded Ovation Capital, a venture capital fund in New York. Mr. Frank grew up in a rural mining town in South Africa and moved to the United States in 1996 after his conscripted military service and early engineering career there. He met his wife Lauren, also a South African immigrant, in New York. He is the proud dad of a current Peabody student and a Peabody alumnus. He spends his free time with family and enjoys jazz piano, running and tennis (despite now being usually defeated by his sons).

Christine Barth received a Bachelor of Business Administration from the George Washington University and a Master of Business Administration from the University of Virginia Darden School of Business. She most recently served as the Chief Financial Officer and Chief Compliance Officer of Harren Equity Partners, a middle market private equity firm, where she managed the finance and administration functions of the firm. Prior to Harren, Barth was the CFO of Snowbird Capital, a private investment firm focused on providing mezzanine debt and private direct investment capital to lower middle market companies. She held board positions and was a board observer on various portfolio companies within the Snowbird Capital portfolio. Ms. Barth’s earlier career included financial, operational, and investment experience with lower middle market companies in both the for profit and not-for-profit sectors. She was the CFO at the Thomas Jefferson Foundation where she managed the operating budget, retail operations, IT and HR. She was the CFO and a Regional Director of Small Enterprise Assistance Funds (SEAF), an international investment firm focused in emerging markets. She also held operating positions at MuseumCompany.com, American Airlines, and First American Bankshares. She currently serves on the Board of Trustees at the George Washington University and as a member of the Darden School Alumni Association Board.

Dorothy Batten took a BA in Economics from Hollins University in 1985, an MBA (Masters in Business Administration) from the University of Virginia’s Colgate Darden School of Business Administration in 1990, a M.S. in Counseling Studies from Capella University in 2010, and a PsyD from the American University of Positive Psychology in 2012. She also attended the design school at the University of California Los Angeles for two years before returning to Virginia. Ms. Batten is currently the President of the D.N. Batten Foundation and DTMP, LLC, a real estate investment company. She is a former director of Landmark Media Enterprises LLC of Norfolk, Virginia. Ms. Batten serves on a number of nonprofit boards, including the Focused Ultrasound Foundation, The Women’s Initiative, and the Alumni Board of Trustees at the University of Virginia. She has served on the board of trustees of the Norfolk Academy, the Peabody School, the Amazon Conservation Association, and the Paramount Theater. She has also served the University of Virginia as a member of the Alumni Association Board of Managers, the Jefferson Scholars Foundation Board of Directors and National Advisory Board, the Fralin Museum of Art Advisory Board, the Virginia Film Festival Council of Friends, and as co-chair of the Virginia Arts Council. She has also launched a non-profit initiative, called iThrive, to create mental health prevention apps and games for adolescents.

Rachel Lloyd Miller holds a BA from the University of Virginia, and an MA in English Literature from the Bread Loaf School of English, Middlebury College. She is a former high school English teacher and administrator, as well as a former local non-profit leader. Currently, Rachel splits her professional time between her work as a non-profit Leadership Consultant and her work as a sales representative and educator for Young Living Essential Oils. She also serves as the Vice-Chair for Piedmont CASA’s Board of Directors and Secretary for Peabody’s Board of Trustees. Other pursuits include coaching mountain biking (including Peabody’s MTB elective), chasing her dog, cheering for UVA basketball, and keeping up with her two Peabody students.

Brett Jones earned a PhD in electrical engineering with a focus on signal processing and pattern recognition. He held many quantitative roles at JP Morgan and was a portfolio manager at hedge funds Millennium and Ramius. In 2014 he started the proprietary trading firm Cannonball Trading, where he remains the managing partner. He is one of Peabody’s biggest fans and has two children at the school. He joined the Peabody board as treasurer in 2016.

Bidhan (Bobby) Parmar holds an PhD, MBA, and a BA in Religious Studies from the University of Virginia. He is currently a faculty member at the Darden School of Business Administration. His award-winning teaching and research focus on business ethics, critical thinking, and collaboration. Parmar works with senior executives on issues related to decision-making, stakeholder management, design-thinking, and leadership. Parmar has two daughters at the Peabody School and loves spending time at the beach with his family and dog.

Tobias Dengel holds a BSE in Finance (Wharton) and a BSE in Systems Engineering, both from the University of Pennsylvania. He has been active in digital media for over 20 years, starting with AOL in 1996. While there, he held a variety of leadership roles including General Manager of AOL Local and VP of AOL International, based in London. Mr. Dengel left AOL in 2003 to found Leads.com, a pioneering search agency which was acquired by Web.com in 2005. In 2009, he co-founded WillowTree, Inc., a leading mobile agency based in Charlottesville which has grown to over 400 employees. Mr. Dengel began his career as an analyst at the consulting firm AT Kearney. He lives in Charlottesville, VA with his wife Lynn, a breast oncology and melanoma surgeon, and his four children, who attend Peabody School.